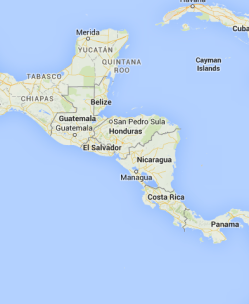 Hard to believe but I’ve had students who had no clue as to the location of Costa Rica…nor many other places on our planet (or sometimes even places just in California!).  One of my colleagues in the Biology Department gives a map of California on one of his exams – oh my goodness some of the gems that have come out of those maps.  For instance, to one student, Sacramento is located where (in reality) Monterey is currently situated (hmmm…the lack of an ocean to our north or west didn’t seem to factor into this choice of locations)…or another student putting Lake Tahoe at the Salton Sea, or San Francisco at San Diego.  Sort of explains how Carson, Leno, Letterman, Fallon, Kimmel, Ferguson, and others have gotten so much comic mileage out of ambushing people with geography questions!

So let’s get to the logistics of the trip…