Hi!  I would like to thank you for checking out my webpage. I’m sort of new to this “having a webpage” deal but it’s been fun to explore what can be done. Also, it gives me a chance to share some of the subjects that I am passionate about (click on the pictures to see larger versions of the photos). But, enough of that, let’s go on and let me introduce myself….

My name is David Wyatt and I am a biology professor at Sacramento City College (among doing other things too – such as bat and ringtail consulting and leading ecotours). I teach in the Field Ecology program within the Biology Department at SCC and have been teaching full-time since 1998. Every year I teach the following courses: Natural History, Environmental Biology, Introduction to Entomology, Environmental Regulations, Restoration Ecology, and Field Methods in Ecology. I also teach two field studies courses: Natural History of the Mojave Desert (each year) and Natural History of Baja California (this has been a casualty of budget cuts). Prior to my career incarnation as a teacher, I was a biologist with various agencies for the State of California for ten years. I have my Bachelors and Masters degrees in Biological Conservation from California State University Sacramento. 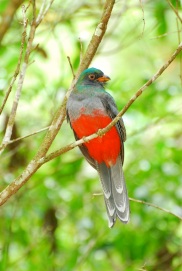 I also lead ecotours to Belize with another instructor at Sacramento City College. Through 2013 I’ve led six group ecotours with a maximum of 24 people to Belize and have led two other trips to Belize without a large group. It is truly a wonderful place and I am completely enamoured with the sights, sounds, people, and food of Belize (hmmmm…Belizean Stewed Chicken…hmmmm).

Baja California has also turned into another place I absolutely love. I was introduced to Baja and the Sea of Cortez by my office-mate at SCC (Steve – he also co-leads the Belize trips with me). Steve has been going to Baja for over 30 years so we ended up developing a two-week long field course and had our inaugural trip with 20 students in 2005. We were able to repeat the class in 2007 but in 2009 the class became a casualty to budget cuts in higher education. We were able to go down there with a small group (not college-affiliated) in 2008 and 2011 though. There truly is nothing like sleeping on a cot along the shoreline of the Sea of Cortez with the night sky looking like a frozen fireworks display from all of the stars and then waking up to the orange sky of morning surrounded by the sounds of calling birds and the breathy exhalation of whales. 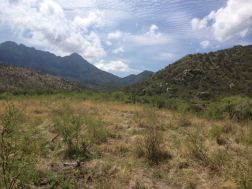 The last place I’m going to write about is Arizona. This is really a phenomenal place for biodiversity – and they have the great taste of having the ringtail as their state mammal. The general politics of Arizona…weeeeelllll…that is a different matter that I’m going to avoid. But in terms of the variety of wild things, it is amazing! I’ve gone down there many times on insect collecting trips and also have had the privilege (twice) to see wild ringtails (at Madera Canyon). I went down there during the summer of 2012 with a biologist buddy of mine (Dan Neal) and we really scored on the insects and also got to see a ringtail traversing a telephone line like a high-wire act. It was an awesome trip!

Yes, the ringtail is tranquilized

Speaking of ringtails, they have been my study partners in research since I was first introduced to them in 1985 by my mentor Dr. Gene Trapp. We started off doing work on their morphometrics (body measurements). But since then I’ve continued with the morphometrics but expanded to home range and habitat use studies using radiotelemetry and examining their food habits (2010 and 2015) and most recently working on examining their den sites (2013-2015). While still keeping the research going, I’ve got to find the time to finish the papers from prior work and get them published – seems like there are not enough hours in a week! But, even with that hanging over my head, I love this work and I especially love the glimpse we have into the lives of this amazing and charismatic mammal.

Bats are another mammal group that I study. I’ve recently had the absolute joy and privilege of working with Western red bats with the wonderful bat biologist duo of Drs. Dixie Pierson and Bill Rainey. A lot of hard work but it was a thrill and joy to find out great information about this rare species and especially to work with these great people. I look forward to further work with them (both the bats and the people).

My bat work (as well as the ringtail work) remain an ongoing passion. California has been my stomping ground for the ringtail work (especially in a place called the Sutter Buttes), but for bats, I’ve been able to work with them not only in California but also in Arizona, Baja California, and in Belize. In the summer of 2013, I will be heading down to Costa Rica with six other people to do some work with Costa Rican bats and also to attend the International Bat Research Conference.

The Sutter Buttes in Spring

The majority of my research work is done at the Sutter Buttes. This is a round volcanic mountain range (with a diameter of ten miles) that is often known as the world’s smallest mountain range. This also happens to be one of the largest remaining intact pieces of wildlands remaining in the Central Valley of California and has an incredibly dense population of ringtails and has numerous species of bats. The perfect place for me and I’ve come to love the Sutter Buttes as much as I love the other places I’ve shared with you. For more information about the Sutter Buttes, check out the webpage for the non-profit group Sutter Buttes Interpretive Hikes. They regularly lead guided hikes into the Sutter Buttes. The vast majority of the Sutter Buttes are privately owned so this group works with the landowners to provide access via these hikes. Please think about joining this group – it is wonderful!

Well, now you know a bit about me and my interests. As far as personal life, I don’t have any human kids but I do have five beagles…which sometimes act like rambunctious kids, but at least I can send them to the backyard. My wife and I also have a goodly number of cats and a whole lot of birds. The only saving grace is that we don’t have to save money for college for our bunch of “kids”.

Thanks for checking out my webpage….Cheers!  – Dave